i found this  post i wrote not long ago. it opens with my father. despite the fact that it isn’t finished i’m sharing it, as is.

*august 9, 2014, 18 year old, unarmed michael brown was one of many young, black males gunned down by a white police officer 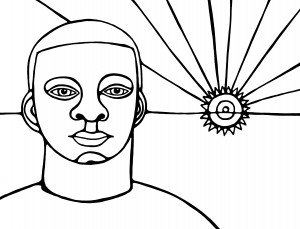 I woke up with the memory of childhood, standing near the ocean, my father all in denim and a white T, his big, black work boots and dark shades. I remember I liked the way he looked. His brown summer skin against the white T at his throat, his dark shiny curls separating the faded blue of his jacket from the rich blue of the sea sky.

My mother said he looked like a hell’s angel. In the 70’s in LA that meant something. Fear mainly. A violent, lawless, motorcycle gang. What my very white mother was trying to convey was that my father looked like a gang member and/or a thug. I was young. I had no idea what that meant. He was my dad. And as far as I knew, he was almost nearly the opposite of a hell’s angel.

When we traveled on to Arizona for our vacation we somehow found our big red camper rolling down the same path as some kind of parade? (Protest?) There were men yelling on either side of the road, touching our camper and waving their arms. I didn’t understand what was going on, then someone threw a big American flag on the road in front of our truck, seemingly so we would run over it. I think it was the 4th of July. 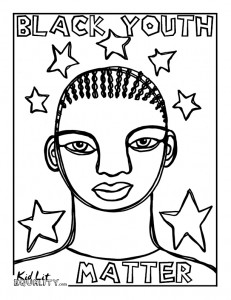 My mother did not want him to, but my father stopped the truck, silently got out, went and picked up the flag and placed it back in its holder. Maybe because me and my younger brother were sitting in the cab watching, I don’t know, but my father walked through that violent crowd without a touch, got back in the truck and we drove on. I could barely breathe as I watched. I sensed the rage on the streets and I had some vague sense that who my father was and how he looked somehow contributed to it and there he was walking  among them.

It wasn’t until I was older that I understood. To be honest, I think I’m still in the process of understanding and I’m getting quite old. The feeling of not belonging, of not feeling intrinsically safe and normal in the world, can be difficult to explain to someone who has never felt it. But when I turn to someone else on the borderlands, no words are necessary. In fact, this part of our reality, is the thing that most often goes without words. We’re taught from a young age, this is how it is so we don’t need to point it out. It’s a built in guard. But it can also isolate and weaken us. 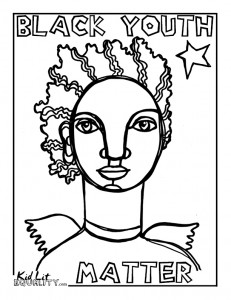 I was reading about Micheal Brown last night. The writer had a kind eye turned on him, sharing personal experiences that reflected Michael’s heart. Michael sounded like my dad in a way, which must be why I woke up with memories of him. I thought about the times my father could have been taken out. Purely for being who he is. Times when the racial tension tweaked to that point where people start doing really uncool things, not just the usual uncool things.

I think of Michael and that moment of tweak, when the racial tension was so high, out of control, beyond rational thought, explosive. When Michael transformed from a young man out on a summer day to a monstrous threat with the audacity to walk down the street, in front of a man with authority holding a gun. How many flags were thrown down before that day? How many times did Michael do the right thing? What is the right thing to do when who you are is seen as intrinsically wrong? 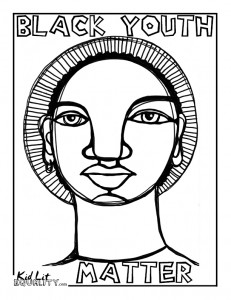 as a parent and a children’s book author, i question how to explain that moment, that shift to a child? How to speak clearly enough to make it understood, that it’s not about Michael, no matter what EVERYTHING else is broadcasting. It’s about who pulled the trigger. How to articulate not just the hate that sends the bullet flying, but the fear that makes that bullet seem necessary?

**in response to michael’s passing, i cofound kidlitequality. you can go there now by clicking the link below and download the coloring pages shown in this post. share them with the kids in your life.  begin the conversation. find a way.