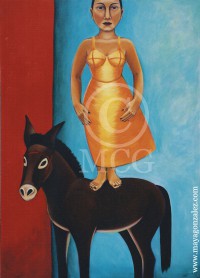 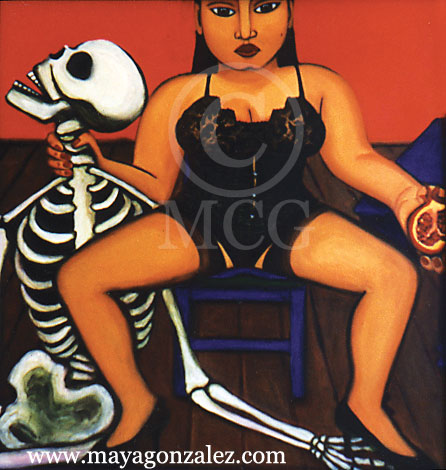 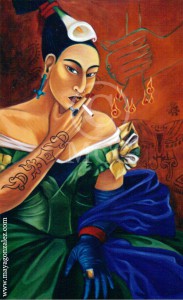 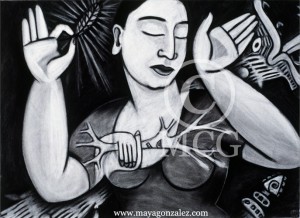 Let the Snake be Unbroken 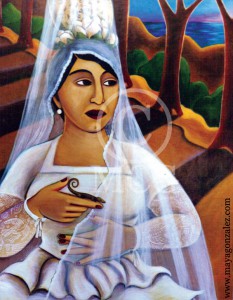 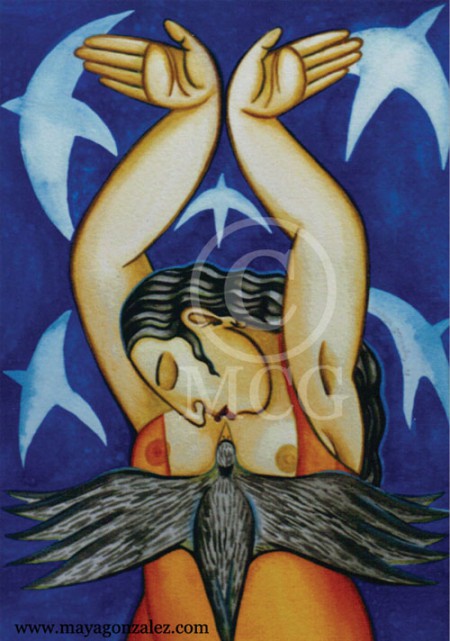 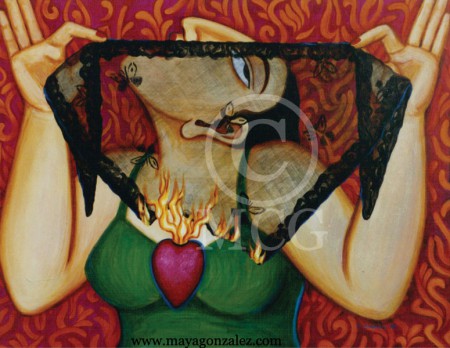 Ecstacy Burning Through (Woman with Veil) 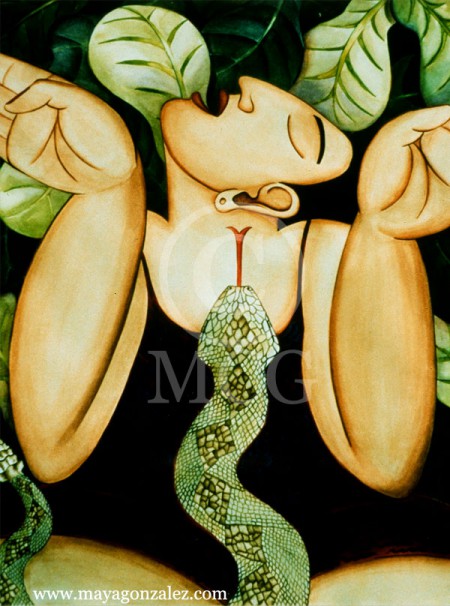 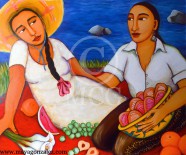 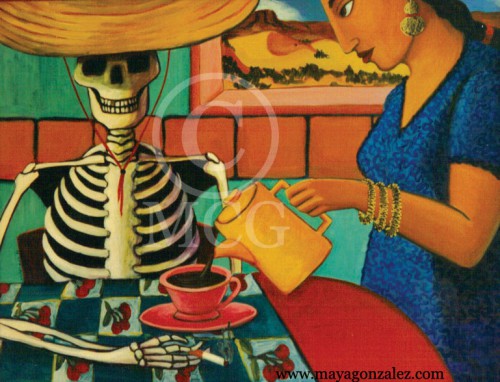 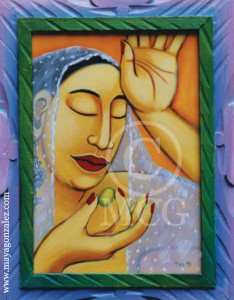 Everything a Sacrament (Woman with Grape) 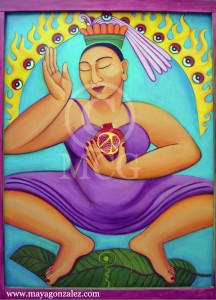 The King and the Council

Books Published During this Time:

This time period was very much about owning my cultural identity and continued with the themes of multidimensional reality and the expansion of consciousness that I began working with in 1986-93.

I moved to San Francisco to paint full time in 1994 and was deeply affected by living in an area where I was visible as Chicana and queer.

In 1996 I became sick through a negligent screen printing incident for the print The Pomegranate. Although unknown at the time, this resulted in heavy metal poisoning which was to dramatically change my health and my life for the next 10 years.

More about this time period can be found in my bio